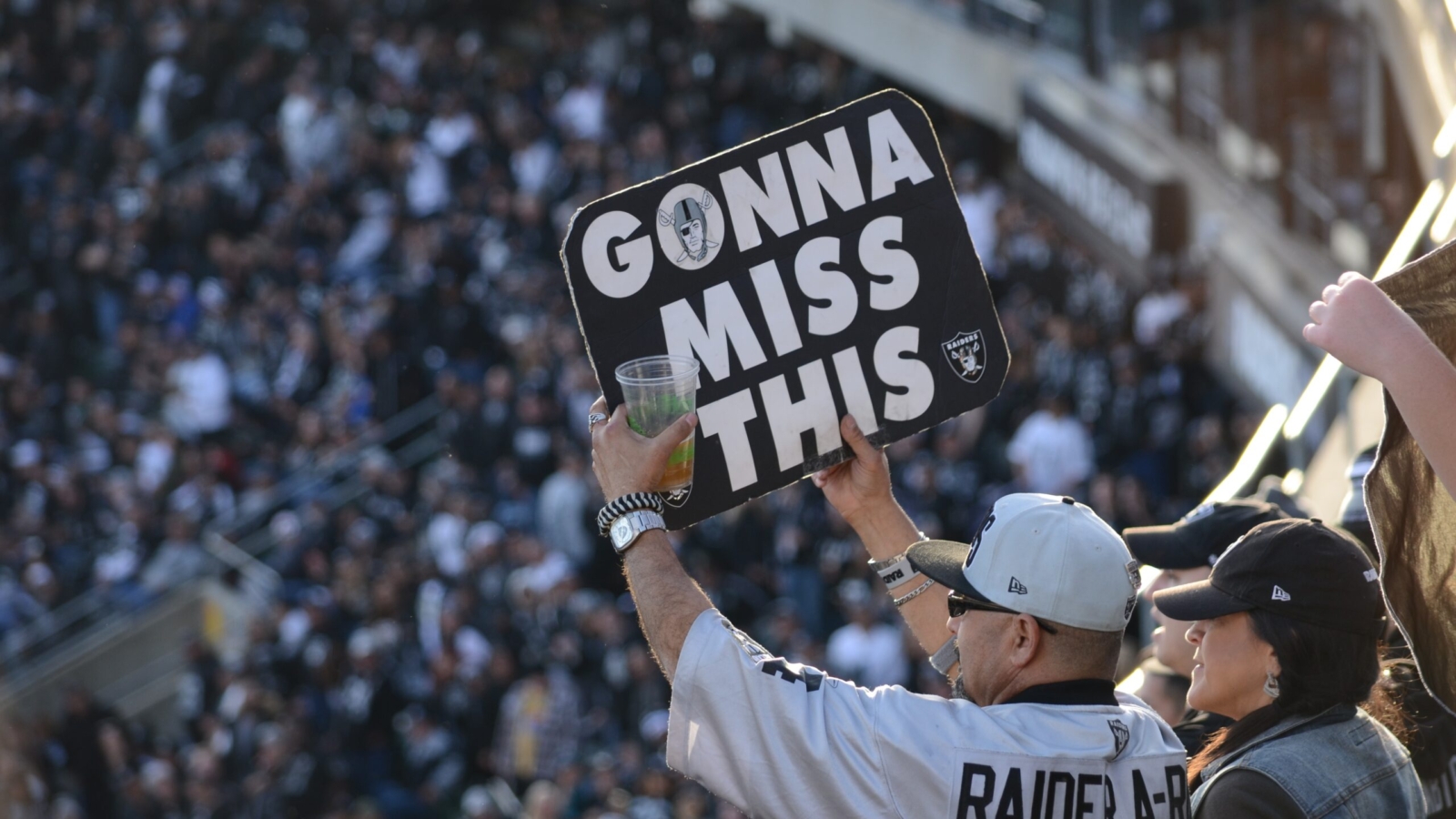 When a company communicates its values to the customer or client successfully, or when the job seeker communicates their values to the company they’re applying to successfully, the act of doing business becomes an expression of values rather than a transaction. You’re buying a Mac computer to show that you’re an original thinker. A company is hiring you because you’ve established yourself as someone who aligns with their corporate values and has a reputation for doing so.

So, what does it look like when a company expresses its values in real life? Let’s do some reverse engineering of the values of the American football team, The Oakland Raiders. Let’s start with the logo, because this embodies the team and is present across all of their communications to their fans.

The logo has weapons in the background, it has a guy with an eyepatch, and the helmet he’s wearing is old-school NFL. This team is known for being rough and rumble and aggressive. When you buy Raiders gear, or a ticket to a Raiders game, you’re buying an aggressive, passionate image, with cultural associations to gang culture. By buying Raiders gear, you’re being rebellious, and that’s the value that the organization embodies.

This football team has successfully managed to make buying their gear into an expression of values, not a transaction. And that carries benefits of loyalty and appreciation that simply do not result from transactions.

"You never hear someone say, 'I'm kinda a Raider fan.' It's either all the way, with great passion being a fan, or it's nothing. That's what being a Raider fan is." .

Reverse Engineering Values Put To Use

People get passionate about their values. It drive people to feel loyalty to a football team, and toward brands. Use your values to connect with people and build that loyalty within your network while you’re providing value for them.

Reverse engineering values can show you how successful brands have communicated their message effectively. If you want to drive more customer loyalty, you can do so through reverse engineering the values of a competitor and trying some of what makes them successful on your brand.